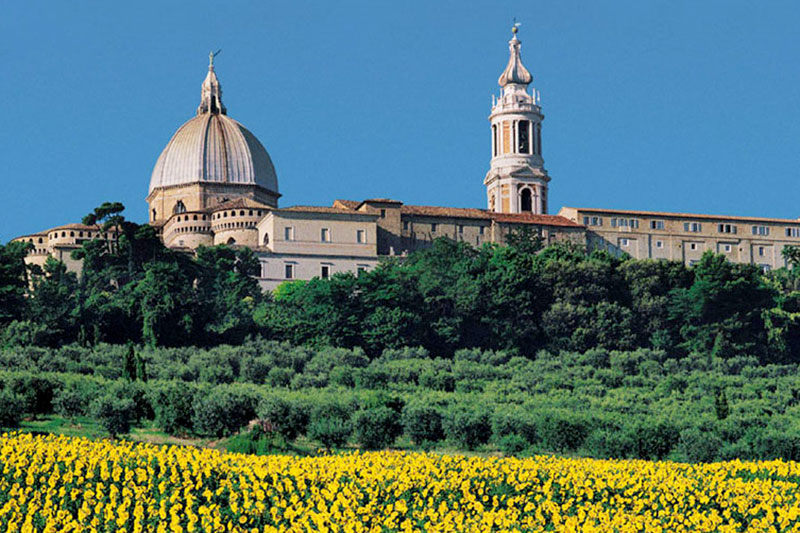 (Distance from Sirolo 15 Km) – Leave Sirolo towards Numana-Taunus; after the Taunus roundabout, there is another one; go down south towards the SS16 and, then, follow the road sign to Loreto).

Loreto develops around the sanctuary of the Sacred House of Nazareth: the well-known Basilica della Santa Casa. According to the legend, when Nazareth was going to be conquered by Muslims, a group of angels took the house (where, according to the tradition, the Virgin Mary lived and received the announcement regarding Jesus’ birth) and moved it in flight to Loreto in only one night. For this reason the Madonna of Loreto is worshipped by aviators. More likely, the moving was done by sea, in a crossing including the Dalmatian coast through crusaders, probably the Angelo Comneno princes, a branch of the imperial family of Costantinopoli, between 1291 and 1294. Park your car outside the walls, which were built in 1518 and reinforced in the seventeenth century with four ramparts; following the indications to the Cathedral, you can enter Piazza della Madonna. It was embellished with a seventeenth-century fountain; the square is limited on the north and west by the Palazzo Apostolico and on the east by the massive Cathedral. Inside, under the grand dome, the Santa Casa is situated, where the Virgin Mary received the announcement of the Angel.

It is protected by a marble covering planned by Bramante; the statue representing the Madonnina, darkened by the smoke of oil lamp, is preserved inside it. Over centuries, many famous artists worked in the sanctuary such as Baccio Pontelli, Francesco di Giorgio Martini, Andrea Sansovino, Giuliano da Sangallo, Luca Signorelli, the Pomarancio, Luigi Vanvitelli, Melozzo da Forlì. The Cathedral, which is considered by the Touring Club as “one of the greatest monuments in Italy”, is worth mentioning. The construction works started in 1468 in accordance to the Gothic style; successively, it changed in the Renaissance style. The Cathedral, with its original bell tower by Vanvitelli, was finished in the early eighteenth century. On the façade, the portals, corresponding to the naves, are closed by beautiful bronze doors adorned with refined bas-reliefs. In order to have a complete description of chapels and sacristies, we advice to use informative sound-video, supports (in many languages) available inside the Cathedral. Going out the Basilica, tourists have to visit the Palazzo Apostolico which houses the Museo Pinacoteca della Santa Casa; in this place paintings, sculptures, tapestries and majolicas, donated to the Holy House, are preserved. Eight paintings by Lorenzo Lotto, who died in 1556 in Loreto, and the Tesoro della Santa Casa, with a precious crucifix by Giambologna, are

noteworthy. Outside, you can admire the beautiful panorama, visible from Piazza Giovanni XXIII, before going for a walk in Corso Boccalini among little shops in which religious item and souvenirs are sold. 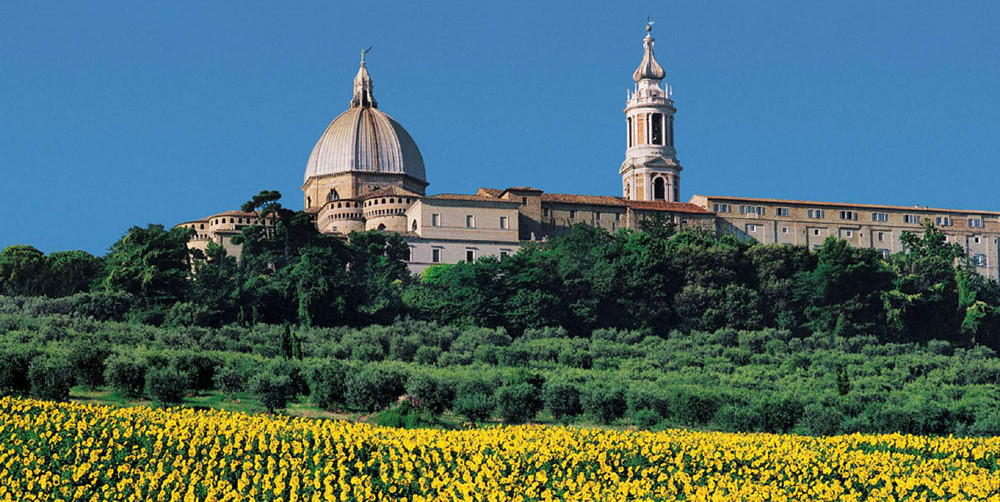 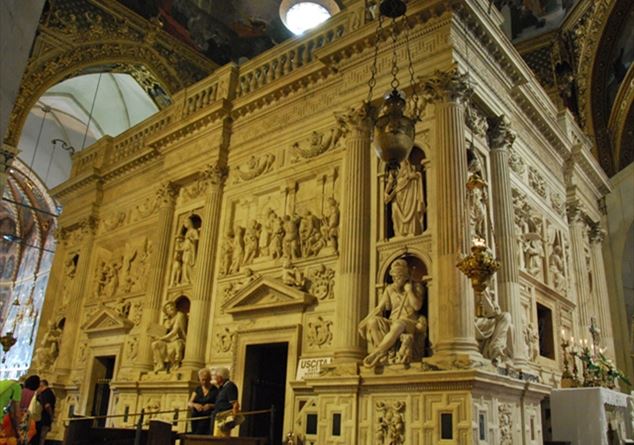