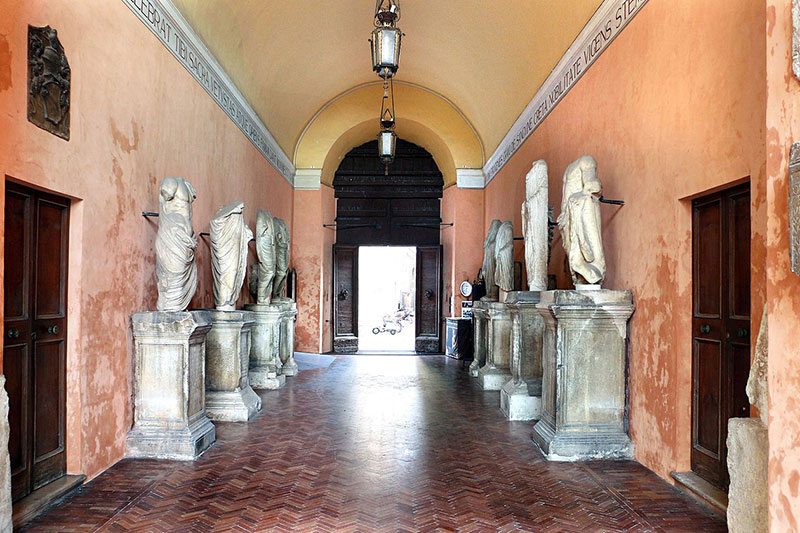 Distance from Sirolo: 15 KM. Leave Sirolo towards the A14 motorway. After the Coppo hamlet, go on for some kilometres; on the left side there is an “API” service station and, after about 1200 metres, turn left towards Osimo. The place where Osimo is situated was occupied by the Gauls who left a rich necropolis. Then, it became a Roman Municipality, called Auximum, sought-after by Cesare and Pompeo, and, successively, by the Byzantines and the Longobards thanks to its strategical position. Carlo Magno donated Osimo to the Church but, during the whole medieval period, the city claimed its municipal independence against the Popes. On the 10th of November 1975 the after-war agreements with Yugoslavia were signed in this place; they called it “I Trattati di Osimo” (The Osimo Treaty). You can park the car outside the walls (Porta Vaccaro, or “I tre archi”) and go on foot along the boundary walls. On the right side there is a path which leads to the fonte magna (magna fountain), where Pompeo Magno watered his horses. Walking along the walls for 200 metres you can enter the city through Via Matteotti. On the left,there is the Chiesa di S. Marco (a Guercino’s painting is preserved inside it). Palazzo Campana, which is located in Piazza Dante, houses the Public Library and the Municipal Museum. Going along Corso Mazzini you can get to the Santuario di S. Giuseppe da Copertino (XIII century), patron saint of the city, protector of students and aviators, whose body is preserved in the crypt. Furthermore, you can admire the theatre called Nuova Fenice and, then, the Piazza del Comune adorned with several noble buildings; one of them is the elegant Palazzo Municipale flanked with the Public Tower. There, you can visit the atrium and the portico of the Palazzo Municipale where 12 Roman decapitated statues are preserved. The Romanesque Cathedral, dedicated to S. Leopardo, the first Bishop of the city, is noteworthy; its beautiful sarcophagus is located in the suggestive crypt. On the right side of the portico of the Cathedral there are the entrance to the Palazzo Vescovile and the entrance to the Museo Diocesano which houses several works and craft-made products. Near the Palazzo Vescovile, the Battistero, or Chiesa di S. Giovanni with a beautiful, bronze christening font dating back to 1627, deserves to be seen. As soon as you leave Osimo by car towards Macerata, after the Padiglione, turn left towards the Santuario della Madonna di Campocavallo (Addolorata), a huge, 44 metre high building where, since the miracle dating back to 1892, pilgrims go every year and, on the 1st of August

the “Festa del covo” takes place: farmers, after the reaping, take the wheat sheaves to the sanctuary in order to shape a suggestive monument to the Virgin Mary. www.comune.osimo.an.it 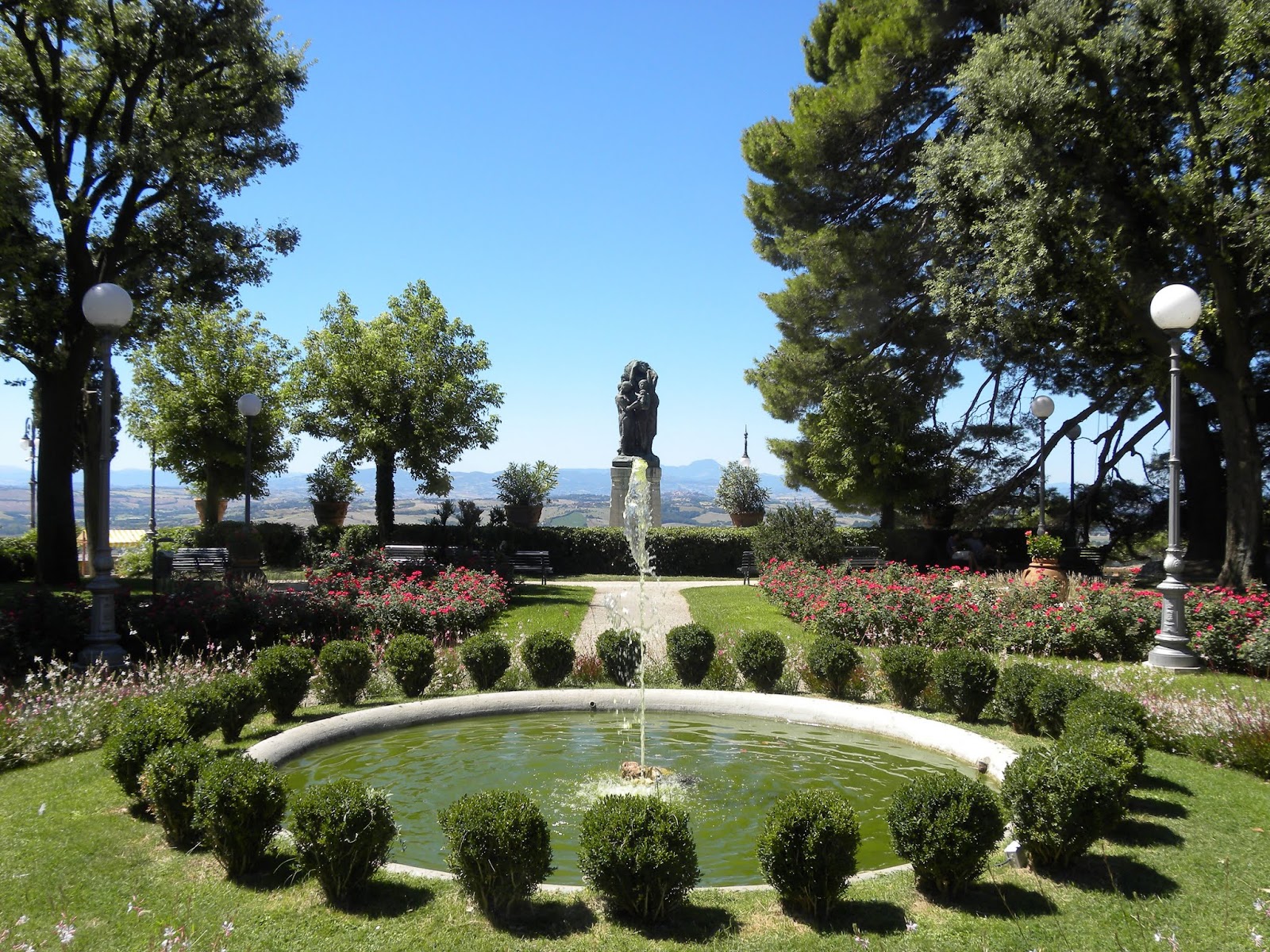 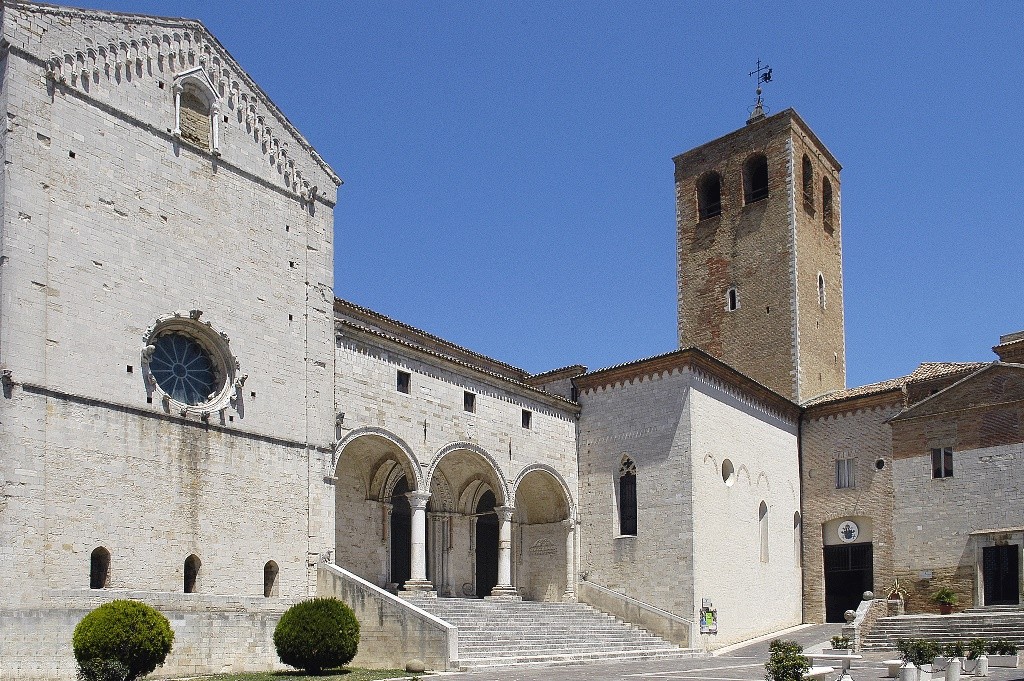 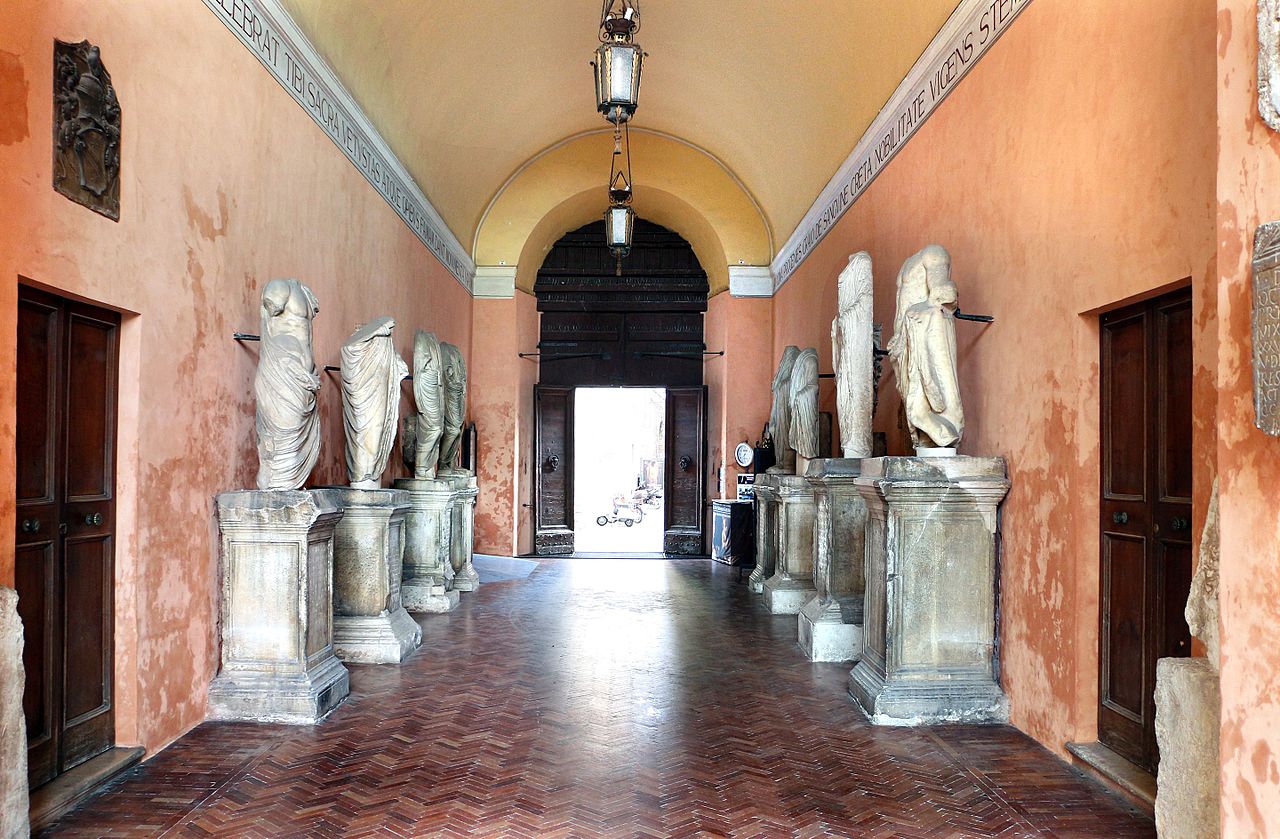